The wrestlers will join a team of over 400 Team England athletes in total at Birmingham 2022, and will hope to capitalise on the once in a lifetime opportunity to bring home success in their own country.

Nine names are set to star for Team England as part of their Wrestling team:

·      Charlie Bowling, Bolton – Having taken home a bronze medal at the 2018 Gold Coast Games, Bowling will be looking to add to his success in front of a home crowd at the Games

·      Chloe Spiteri, Romford – Nine times British Champion, Spiteri is in a strong position to add to her former success at the Games this year having made the semi-finals at the 2014 Commonwealth Games in Glasgow

·      George Ramm, Bolton – Having made his Commonwealth Games debut in 2014, Ramm will represent Team England in his third Games after finishing 4th at the Gold Coast

·      Georgina Nelthorpe, Burnley – As one of Team England’s Generation 22 athletes, Nelthorpe is one to watch. This year she will be looking to build on her success after bringing home a bronze medal at the 2018 Gold Coast Games

·      Harvey Ridings, Wigan – Nine-time national champion, the teenager has already cut his teeth at a multi-sport event having attended the 2019 European Youth Olympic Festival in Baku

·      Kelsey Barnes, Bolton - Following victory at the Helsinki Open in 2018, the 20-year-old has held her own at the highest level, finishing tenth at the 2022 Senior U23 European Championships

·      Mandhir Kooner, Wolverhampton – West midlands born, Kooner will be looking to impress his home crowd. Having won gold at the 2021 UK and 2022 English Championships, he will look to build on his impressive domestic form at this year’s Games

·      Myroslav Dykun, Manchester – 12 years after taking home a gold medal at the 2010 Commonwealth Games, Ukrainian Dykun is looking to secure more success at the home Games this year

·      Sarah Clossick, Wigan – Having previously represented Team England at the Commonwealth Games in 2014, Clossick is in a strong position to build upon her success in front of a home crowd

Speaking on their excitement about being part of the team, Team England Generation 22 athlete Georgina Nelthorpe said: "I’m very excited to be back representing Team England at the home Games in Birmingham and I am planning on building on my previous bronze medal."

Kelsey Barnes added: “I’m very excited to be attending my first multi-sport Games. I’m looking forward to competing for Team England in Birmingham and having all of my friends and family there to support me too,” while Mandhir Kooner shared: "Being from the West Midlands and representing team England is a proud moment for me. I’m excited for the home Games experience!"

Team England’s Chef de Mission, Mark England OBE, welcomed the athletes to the team: “There’s some fantastic experience among these athletes nominated with former Commonwealth medallists putting the squad in a great position heading into a home Games. Georgina was our sole female wrestler on the Gold Coast and it’s great to see her selected again and now joined by Chloe, Kelsey and Sarah. I look forward to seeing some standout performances on the mat in Coventry.”

Craig Anthony, CEO of British Wrestling, said: “It's fantastic to be announcing the Team England wrestlers for the Birmingham 2022 Commonwealth Games. With the final few months to go preparations are well underway and the team will be in a great position to make the most of the home games atmosphere at the Coventry Stadium and Indoor Arena.”

You can get behind Team England by following its social channels where each athlete will become Part of the Pride in the run up to Birmingham. The freestyle Wrestling event will take place on Friday August 5th and Saturday August 6th at Coventry Stadium and Indoor Arena, where competitors will compete across a range of different weight categories. 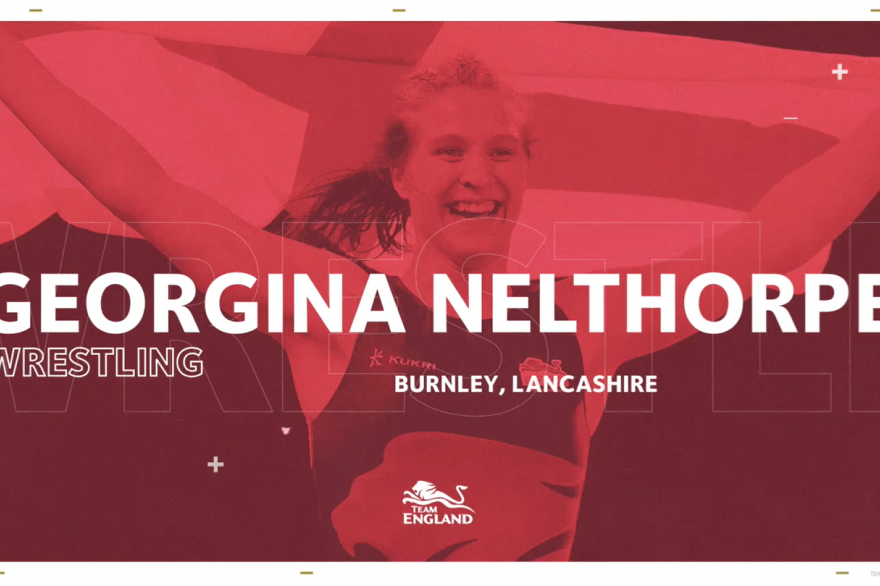