Rewind to Gold Coast 2018 and McConnochie already had his move to Bath lined-up in the summer, but the Commonwealth Games offered a final shot at a sevens medal. Both the men’s and women’s team returned home from Australia with bronze medals, as McConnochie and his team came from behind to beat South Africa in the dying moments of the match.

Just under a year and a half later, and with just one full season under his belt as a top level player in the fifteen-a-side game, McConnochie’s at the Rugby World Cup with England, and although he will not feature in Sunday’s opener against Tonga, he could make his tournament debut against the USA on Thursday.

“With Ruaridh, we’ve seen an incredible journey in such a short space of time. He’s one of the kindest guys you’ll ever meet – he just wants to learn off everybody, knuckles down and gets on with things” said Rodwell.

“He obviously impressed very quickly. Eddie (Jones, England head coach) and the rest of the coaches saw something in him that we’d all seen in the sevens – he’ll put everything in for the team and the shirt.”

James Rodwell is a veteran of three Commonwealth Games and retired at the end of the World Rugby Sevens Series season as the competition’s most capped player ever. He is now coaching and with that hat on, he’s confident McConnochie can turn heads in Japan.

“From his experience at the Gold Coast Commonwealth Games, he knows what it takes to perform under the highest pressures. Give him the opportunity to play and I think he’ll just keep growing and growing. I’d like to see him involved in one of the early games to not only give him a boost in confidence, but also to give him another chance for his team-mates to see what he can do in a match environment”.

Rodwell looks back at his time representing Team England at the Commonwealth Games with fondness.

“One of the main reasons I left the fifteen-player game was to give myself the chance to experience a multi-sport Games. Going to Delhi 2010, it was so new, exciting and amazing. Being part of a team full of athletes I’d seen on TV from other sports was incredible. As a massive football fan, playing at a sell-out stadium like Ibrox (home of Rangers) at Glasgow 2014 was incredible too.

“I was desperate to be involved at the Gold Coast - it was the one medal out of all the competitions I’ve played in that I was missing. We won bronze in close to the last play of the game and I had my wife and my eldest son there supporting – that was incredible having them there, sharing the emotions and the experience with me.

“My overriding feeling of the of the Commonwealth Games is just how special it is being part of a bigger team - you’re competing for the whole of England. The support you can give other team-mates from other sports is amazing – and it’s reciprocated. I’ve built friendships through sporting connections.”

As for the Rugby World Cup, how does Rodwell think England will get on?

“As a massively patriotic person I’d love to see England go and win the World Cup but I do think this is going to be one of the most competitive tournaments we’ve seen.

“You’ve got so many teams coming into form and performing well at the moment – I think there’s probably five or six teams that could win it, and England are one of them. They’ve grown and have got such self belief, they really can go all the way.” 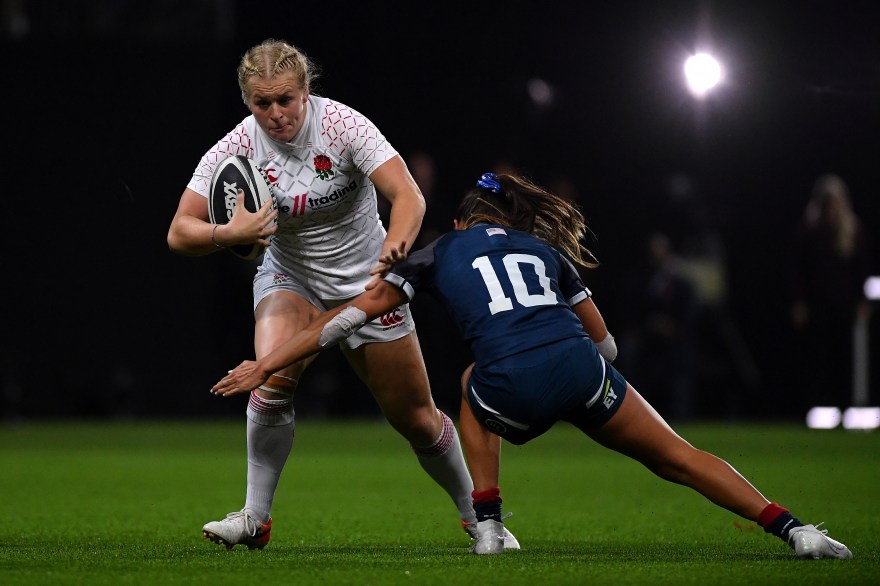