Day 7 saw the start of another event on the Gold Coast, as Team England’s divers took to the boards in hopes of replicating the successes in Glasgow four years ago.

Jack Laugher’s fantastic performance with a plethora of tricky routines, all of which were over 3.0 in difficulty, saw him retain his men’s 1m springboard title by a whopping margin.

Finishing with a score of 438.000, Laugher led from the outset, holding off competition from countrymen Ross Haslam, who went on to secure seventh, with Jack Haslam finishing tenth.

“I had two weeks full training before coming out here,” Laugher admitted. “I’m happy with how I’ve done and I’m looking forward to the 3m tomorrow, just hope I stay in one piece”.

The 23-year-old’s success followed on from this morning’s silver-medal-winning performance in the women’s 3m synchronised final, as Alicia Blagg and Katherine Torrance secured England’s first medal of the day with a terrific final routine.

“It’s been a tough few years with injuries and coming back,” a delighted Blagg said. “We didn’t have the expectation so when you win a medal unexpectedly, it’s amazing”.

Team England’s athletes set themselves up well for an exciting day of action on day eight, progressing through the qualifying rounds of several other events.

Sandy Ryan progressed to the gold medal bout in the women’s 69kg boxing category after a convincing performance against her Canadian counterpart, guaranteeing a medal on Saturday.

Dina Asher-Smith and Zharnel Hughes set blistering times in their heats to qualify for the women’s and men’s 200m final on Day 8, respectively. Hughes won his semi-final with relative ease, finishing nearly half a second quicker than second-placed South African Anaso Jobodwana to ensure his spot in tomorrow’s final. In the women’s semi-final, Asher-Smith admitted to easing off towards the end of her race to preserve energy, with Bianca Williams joining her in qualification after posting a time of 23.23.

“I was running well,” Asher-Smith explained. “It’s easy to get into a battle, but I had this thought in the back of my mind that it’s only a semi-final.”

Asher-Smith and Hughes lead England’s medal hopes tomorrow in another day on the track and field, with Laugher hoping to improve on his silver in the 3m springboard at the last Games to double his Gold Coast tally.

Team England’s Round Up for the Week 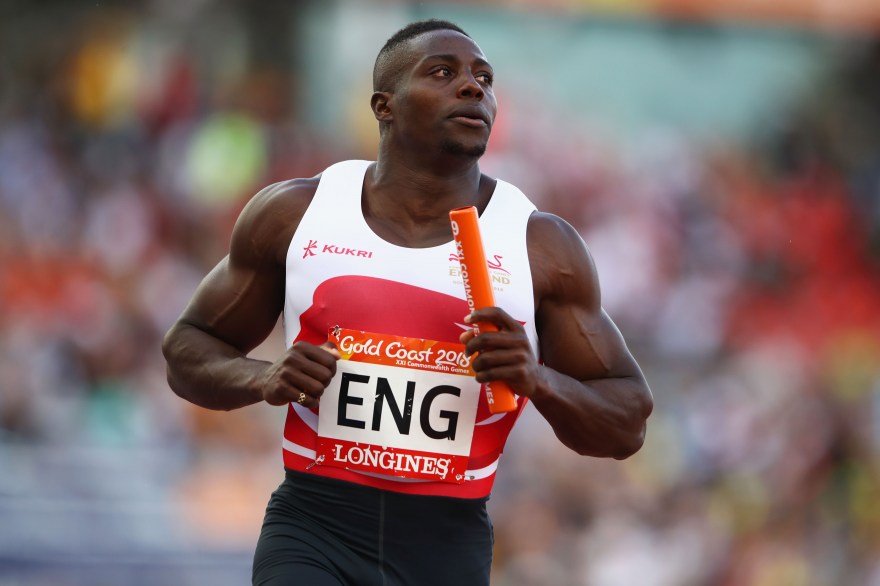