The Commonwealth Games Federation (CGF) has today announced that Birmingham 2022 is set to have the largest ever female and para sport programme in history after Women’s T20 Cricket, Beach Volleyball and Para Table Tennis were confirmed for the next Commonwealth Games.

This exciting announcement comes after the 71 Commonwealth Games Associations (CGAs) voted by the required majority to accept the proposal from Birmingham 2022 to add these three sports to the existing programme.

The addition of Women’s T20 Cricket will see eight teams competing at Birmingham’s iconic Edgbaston Stadium. This adds to a strong female sports programme which, as it stands, will see two more women’s medal events than men’s at the Games, with 135 compared to 133. There are currently seven mixed events, with the confirmed event programme to be announced next year.

It marks the first time in history that a major multi-sport event will feature more women’s than men’s medal events.

The addition of these sports means Birmingham 2022 is expected to surpass the previous Commonwealth Games record for women’s medal events in Gold Coast 2018 by two.

With the inclusion of Para Table Tennis, the Games will have more para sports of the programme at a Commonwealth Games than ever before, with eight para sports now confirmed for the multi-sport competition.

Beach Volleyball joins the sports programme for Birmingham 2022 following a hugely successful Commonwealth Games debut at Gold Coast 2018, where it became one of the star attraction at the Games.

Today’s announcement also confirms that there will be up to 4,500 athletes competing at Birmingham 2022 across 19 sports. The Games will take place from 27 July to August 7 in 2022.

CGF President Dame Louise Martin said: “Today is an historic day for the Commonwealth Games and I am delighted that we can now confirm that Birmingham 2022 is set to have the largest ever female and para-sport programme in history.

“I would like to congratulate and formally welcome Women’s T20 Cricket, Beach Volleyball and Para Table Tennis to the official sports programme for Birmingham 2022 and I know they will all help enhance what will be a spectacular and vibrant multi-sport event.

“I would also like to thank our Commonwealth Games Associations for recognising the benefit that these three exciting sports will add to Birmingham 2022 and voting to include them to the sports programme.

“We are passionate advocates of women’s sport and para-sport so I am thrilled we are able to make this special announcement today.”

Team England Beach Volleyball players Victoria Palmer and Jess Grimson said: “We’re super excited about the inclusion of beach volleyball for Birmingham 2022. We had the opportunity to represent Team England at the Gold Coast in 2018, which was something we will never forget. But to have the opportunity to play at a home games would be the real dream and also a huge step forward for beach volleyball in England.”

Para Table Tennis player Ross Wilson said: “It is brilliant news that Para table tennis will be included in the Commonwealth Games in 2022.

“Competing for Team England on the Gold Coast last year was an incredible experience and I’m really proud to be Commonwealth champion. It is something I've always dreamed of and to go out and win was just an absolutely amazing feeling and one I can't really describe. I really hope that I will have the chance to defend my title in Birmingham in 2022 as to do that in front of a home crowd would be so special.”

Commonwealth Games England CEO Paul Blanchard said: “This announcement is a very exciting moment for us as it not only adds three more sports to a very diverse programme but also provides the opportunity for more Team England athletes to represent their nation at a home Games in Birmingham.

“Para table tennis adds to an already packed para programme, the biggest ever, which we are incredibly excited about. Roommates Ross Wilson and Kim Daybell battling it out in the TT6-10 final to take gold and silver for Team England was a standout moment for me at the Gold Coast 2018 Games.

“After seeing first hand what a spectacle the beach volleyball competition was in Australia, I can’t wait to see it again on home soil. We also applaud the inclusion of women’s T20 cricket and welcome the sport joining us for the first time ever after a thrilling year of growth in women’s sport.”

England Women’s all-rounder Nat Sciver said: “It’s massively exciting for women’s cricket to get an opportunity like this at Birmingham 2022. We are always looking to grow cricket and to take it to as many people as possible and the platform of Birmingham 2022 will really help that.

“England Netball winning the gold in Australia was inspirational and we hope during our own Commonwealth Games journey, we can also inspire and encourage more girls to get involved in cricket.

“We’ve obviously been lucky enough to lift a World Cup on home soil, and as a kid that was something we’d all always dreamt of. The Commonwealth Games is different of course, but the idea of becoming a medallist on home soil is hugely exciting and hopefully we can work towards that.” 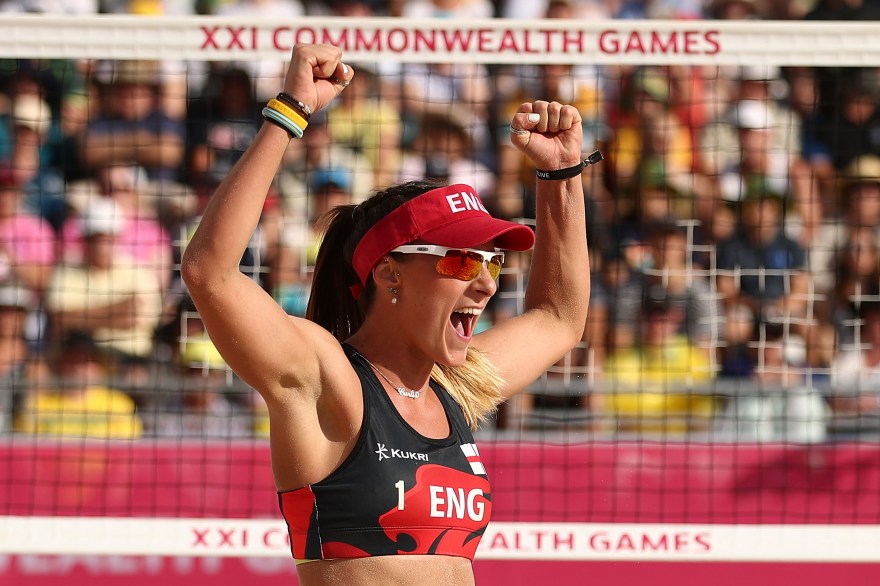