The defending Commonwealth champion, Katarina Johnson-Thompson will be looking to go back-to-back in Birmingham.

The Liverpool-born heptathlete stormed to victory with 6,255 points in Brisbane, also holds the British record, having amassed 6,981 points on the way to World Championship gold in 2019.

And after a few difficult years with injury, KJT is back to compete for another Commonwealth crown.

Johnson-Thompson made her debut appearance at the 2009 World Youth Championships in Brixen where she took home gold in the heptathlon, and returned to Italy for the Multistars competition in 2012 where she broke Jessica Ennis' British junior record, and achieved enough points to pass the standard for the 2012 Summer Olympics.

K-JT competed for Great Britain at the 2012 Olympics in the women's heptathlon alongside compatriots Jessica Ennis and Louise Hazel, finishing 13th place with a score of 6267. Just after these games, she was nominated for the 'European Rising Star award'.

Johnson-Thompson won the 2018 world indoor pentathlon title and at her debut appearance representing Team England she also gets the 2018 Commonwealth Games heptathlon title, before going to win a silver at the European Championships, recording a personal best score of 6759 points. She swiftly surpasses this PB and in 2019 records a score of 6813 in the Heptathlon, taking her up to 18th on the world all-time list.

Her success continues to this day, and this 'rising star' hasn't disappointed us yet, and continues to fight for Team and Country, and we cannot wait to see what she brings to Birmingham, not far from her home town - can she continue to bring it?

Play Video
Johnson-Thompson leaps to Commonwealth Games gold
Play Video
Athletics
In front of a 30,000 strong crowd at the newly refurbished Alexander Stadium, Team England picked up a host of medals at Birmingham 2022.
Athletics
Get the latest news from Team England straight to your inbox
sign up now 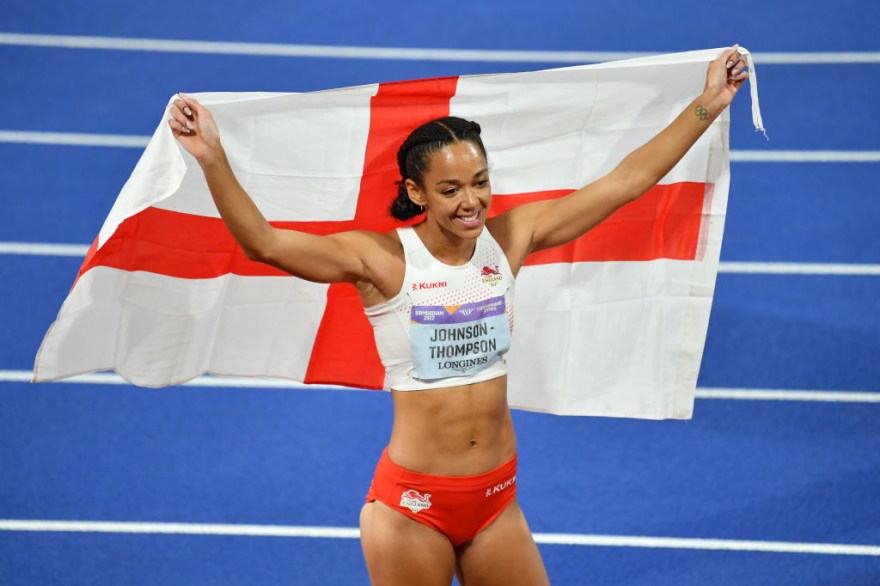