The 27-year-old returned back to his club in the East Midlands to lead a session and offer advice to students from Burton Pupil Referral Unit, which supports the learning of students in the Burton and East Staffordshire area that have struggled in mainstream education, with many already involved in crime.

Clarke was stabbed three times – twice in his leg and once in the neck – in 2016 following an argument whilst on a night out with a group of friends in Burton. That night almost ended his life and nearly destroyed his promising boxing career, giving Clarke what he describes as a “wake-up-call”.

The Burton-born boxer claimed the heavyweight gold medal at the 2018 Commonwealth Games, only two years after being the victim of knife crime. Since then, he has spoken passionately about the positive impact sport can have on young people’s lives.

“I don’t think people realise the damage that carrying a knife can cause. People need to try and view things differently and how they would feel if the shoe was on the other foot and their loved one was being stabbed.

“I was the victim of knife crime and it was a bit of a wake-up-call for me as it now drives me to be the best I can be.”

The Team England star, who now trains at the English Institute of Sport in Sheffield, believes that sport has the ability to transform the lives of people, offering a way to stay out of crime and follow a more positive path. He added:

“Being stabbed, it spurred me on. Things could have been much worse for me, but I was lucky, and I want to make myself and my family proud. That’s exactly how I want young people to feel but have that realisation before they are tangled up in crime because once you are down that path it can be so difficult to escape.

“By being involved in sport, you are giving yourself the chance to be the best you. Boxing, for example, will see you come to the gym and spend hours working on skills and fitness – keeping you occupied and engaged.

“Sport is more than just a means for exercise; it’s fun and can become a passion that potentially leads to great things like representing your country at the Commonwealth Games.

“When I was competing for Team England last year at the Commonwealth Games, I was part of a team that is united, diverse and successful – with people from all different backgrounds that came together to be the best they can be and deliver success for the nation. That is the power of sport.”

Clarke also spoke of another harrowing personal experience of knife crime when back in 2010 his friend, and fellow Burton Amateur Boxing Club boxer, Connor Upton was stabbed to death outside Merlin’s bar in Station Street. His killer, unlike Clarke’s attacker, was found and sentenced to life imprisonment.

With knife crime up at eight per cent and violent crimes up by 19 per cent, Clarke is hoping to see a decrease in the coming years of young people involved in crime and taking up sport. He is hoping that with the 2022 Commonwealth Games taking place in Birmingham, people will become excited about sport and take part in initiatives available to support young people. 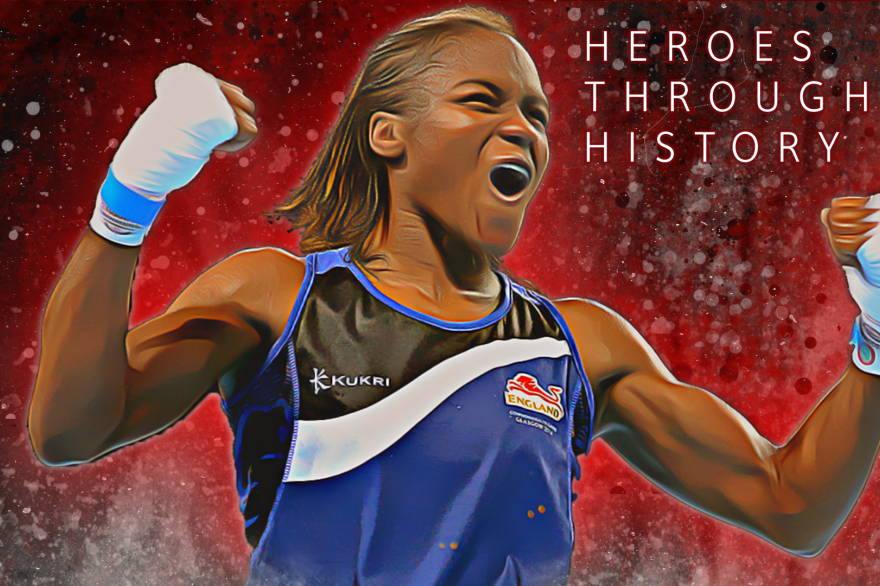