If Google had its say, wheelchair racer Nathan Maguire might be playing a very different sport right now.

The son of athletic parents, who “grew up with a ball in [his] hand”, was diagnosed with transverse myelitis aged eight after waking up one morning and realising he could not walk.

Maguire was discharged from the hospital on Christmas Eve, and by 5 January, thanks to his dad’s internet searching, he was playing for wheelchair basketball club Manchester Mavericks, even playing for Great Britain U25s.

It was Maguire’s speed on the court that helped convince his dad to take him to try wheelchair racing, and, spurred on by the individual accountability of the competition, the 15-year-old realised he had finally found his sport.

Maguire, who vowed he wouldn’t touch a Paralympic medal until he’d earned one, finally got his hands on a silver as part of ParalympicsGB’s 4x400m universal relay team at Tokyo 2020, where he also finished sixth in the T54 400m final.  Maguire is one half of a British wheelchair racing power couple: he proposed to seven-time Paralympic gold medallist Hannah Cockroft on a December 2021 trip to Denmark 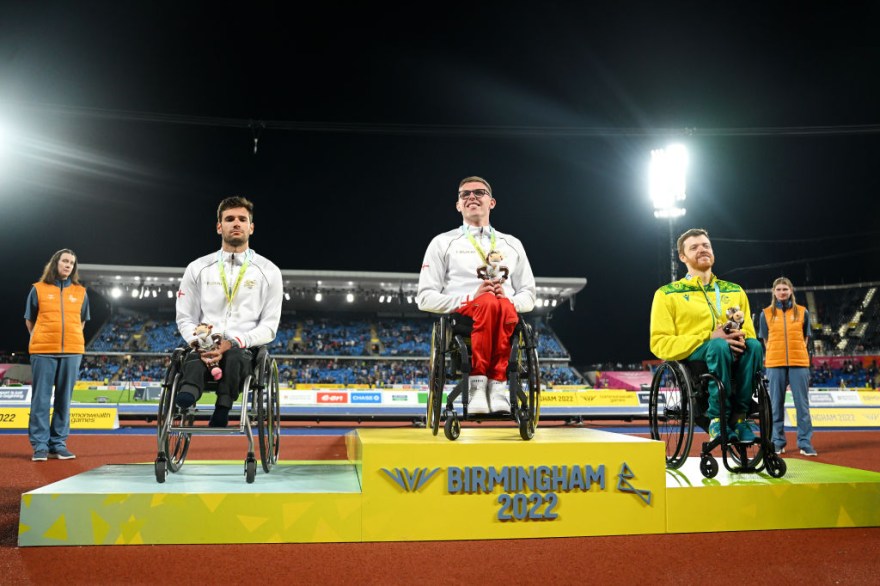