Adam Peaty leads England’s charge for further medals on a stacked day three of competition in the 2018 Commonwealth Games tomorrow.

After setting a new Commonwealth record of 58.59 seconds earlier today in qualification, Peaty returns to the pool tomorrow gunning for gold in the men’s 100m breaststroke final.

While on the hunt for gold, Peaty is also looking to keep his unbeaten streak intact, which has seen the Uttoxeter-born swimmer go nearly four years without a loss in the event.  During that time he’s amounted Olympic, World and European success as well as gold in the previous Commonwealth Games. Peaty has a lot on the line, which makes it one not to miss.

O’Connor and Faulkner have already had a taste of success during the games, picking up a bronze medal yesterday in the 4 x 100m freestyle relay - both will be hungry to add further silverware to their respective collections.

After missing out on the medals in Thursday’s men’s triathlon, Alistair and Jonny Brownlee will look for a turnaround in fortune by bringing home a medal in the mixed team relay final.

Alongside Jessica Learmonth and Vicky Holland, the Brownlee brothers will have high hopes of taking the win in tomorrow’s gruelling event, las they did four years ago in Glasgow.

Nile Wilson & James Hall will also be in the hunt for medals during tomorrow’s men’s artistic gymnastics Individual All-Around final.

Following their gold-medal performance in the men’s team event, Wilson and Hall will provide strong competition for one another when they put their team loyalties aside and go head-to-head.

Sophie Thornhill and Helen Scott will team-up again in the blind and visually impaired 1000m time trial looking for a second gold medal of the games, while reigning Commonwealth champion Zoe Smith competes in the women’s 63kg weightlifting final.

Elsewhere, Laura Massaro is looking for a place in the semi-finals of the Women’s Singles Squash tournament, James Willstrop is looking to achieve the same in the Men’s tournament and Chris Gregory and Jake Sheaf will be looking to make it two out of two, as they take on Cyprus in the men’s preliminary beach volleyball tournament. 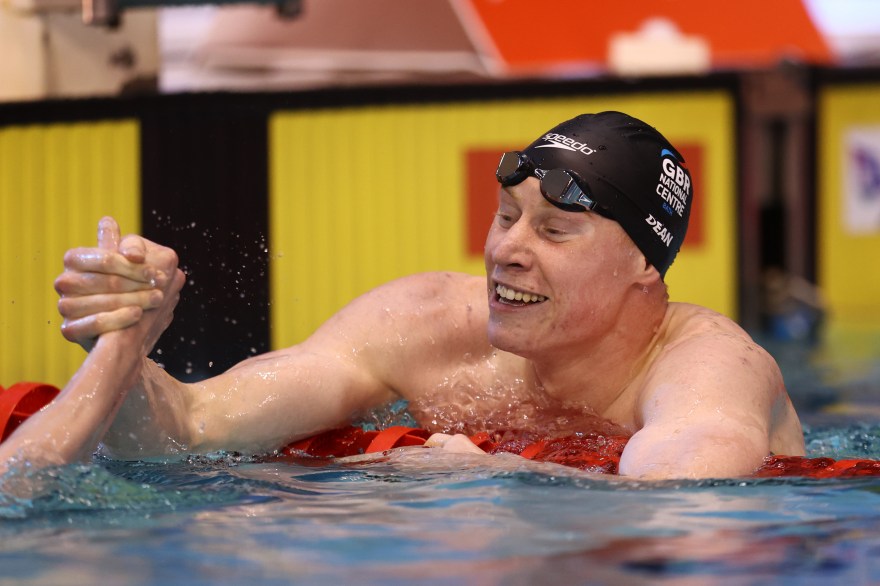