From Junior to Senior: Louise Sugden

Our feature series, entitled ‘From Junior to Senior’, in association with SportsAid, sees athletes reflect on their sporting journey. They reveal how they initially got into their sport, the significance of the first medal they won, the stand-out moment of their early years, their biggest comeback moment, the time they stepped up to senior level and the main influence throughout their development.

Today we are catching up with Generation 22 athlete, Louise Sugden!

Louise is a Commonwealth Games silver and Paralympic bronze medallist in powerlifting. She took up the sport in 2017 and nine months later was stepping onto the podium on the Gold Coast for Team England. The 37-year-old had a successful career in wheelchair basketball, winning five European bronzes and competing in two Paralympic Games, as well as claiming gold in the Paralympic World Cup.

Where the journey began:

“I tried wheelchair basketball at a have-a-go-day at Stoke Mandeville. I was 13 at the time and my friends were playing and I thought it looked cool – only reason I wanted to try it! I joined a club in London called London Titans and I still coach there now. It was an hour’s drive for me so my parents took me once a week and it was my favourite time of the week. When I could drive, I went more, and then at 18 I got selected for my first GB senior competition.”

“That was my GB senior debut and we won the competition with European bronze….and we got five medals from six Europeans in my career! That was my first proper medal. We went to the Paralympic World Cup in 2011 in Manchester and we won the gold which was huge as we managed to beat some of our main rivals - that was a really memorable achievement too.”

“London 2012 is the highlight of my career - I don't think anything will ever come close to London. The crowd was out of this world. They cheered every time we got the ball. It was a magical experience - especially the Heroes’ Parade afterwards. We didn't do as well as we wanted to - so the Heroes’ Parade was just incredible.

“It was completely surreal to win silver at the Commonwealth Games [in powerlifting] as well. The fact that I even qualified was luck. The World Champs in 2017 got delayed because of an earthquake, and that was the only reason I was eligible to go. That was my qualifier for the Commonwealth Games so that whole nine months was very surreal.

“My coach rang me in October, having first started the sport in June, and asked if I wanted to go to the World Championships and I said ‘yes’ immediately. That whole period of time was very surreal but very special.”

“I think I got selected for the GB squad too soon with wheelchair basketball, and think I needed a few more years to have developed. That was in 2003 and we qualified for the Athens Paralympic Games but I was then dropped from the team. That was the moment where I realised how badly I wanted to do it and I didn't want to get dropped again and wanted to represent Britain at a Paralympic Games.

“I improved my fitness with a personal trainer and grafted for a couple of years and then I didn't miss a competition from 2005 to 2014 so it clearly worked! I got ill in 2014 and tried to get my fitness back and officially retired in 2017 when I realised it wasn't the sport for me anymore – but I had stopped playing wheelchair basketball in 2016.

“I went back to my day job as an accountant for a year and realised I just wasn't ready for my sporting career to be over yet. I tried a couple of sports and powerlifting was the one that stuck - I enjoyed it, I was good at it….but had no idea how good I would be in a such a short space of time. I was 32 when I started powerlifting.

“But it didn’t feel like a comeback – it felt like a new beginning and a fresh start. It was a very small team compared to basketball and very individual - which I enjoyed. I love being strong and I've always loved the gym so I should have considered it sooner!”

Stepping up to the senior level:

“It was terrifying stepping up to senior level. I think I spent the majority of my first tournament in a haze, which was the European Championships in 2003. I didn't play much as a new player, but the coach advised me to go for the basket, calling a time out to tell me - and I scored it!

“That's all I can remember as it was such a blur and very daunting. The only way to get through that is to learn from other people and luckily the wheelchair basketball community are so friendly.”

“My dad was very sporty and he inspired me a lot. He'd give anything ago! One of my first coaches was a lady called Ann Wild who is a legend in the wheelchair basketball world and paved the way for women in the sport. She competed in a mixed senior international team - that's how good she was! That was before there was a women's team so she really led the way.

“Ade Adepitan was there too when I started - and I coach him now! That was so cool when I was 13-years-old. There are a few of the kids I coach now for wheelchair basketball who have said to me that they started playing after seeing me at events - but some of the others just see me as a powerlifter who tells them what to do!

“I love to inspire people though and show that they can do more – regardless of their disability. It makes it all worthwhile.” 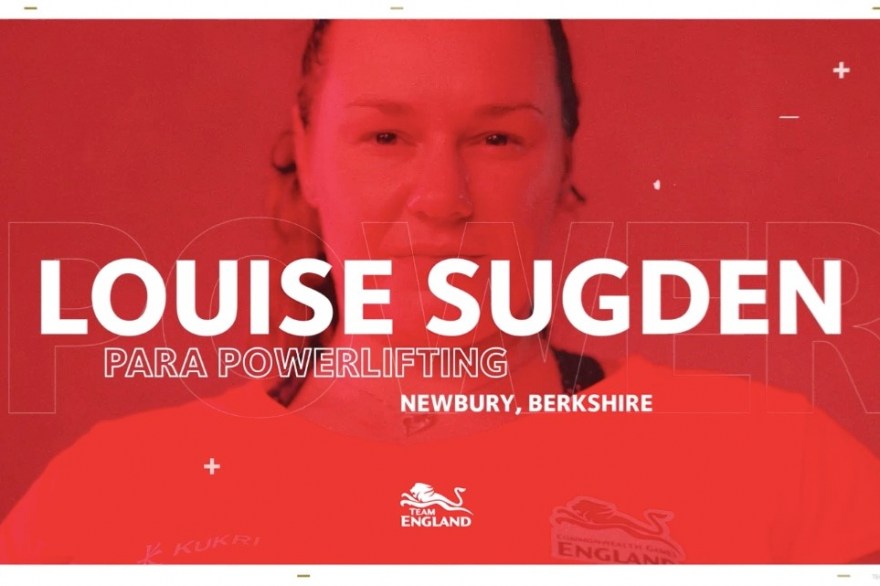