To mark yesterday's International Day of People with Disabilities, the para sprinter from Coventry tells us who inspired her, the growing visibility of para sport, and preparing for her first Commonwealth Games at Birmingham 2022.

As a triple Paralympic medallist and seven-time world medallist, para sprinter Kare Adenegan from Coventry has already achieved so much. But - at just 19 - her ambition continues to grow. We caught up with her to chat about the increasing popularity of para sport, how it’ll feel to compete at the Commonwealth Games for the first time in 2022, and staying focussed during lockdown…

Kare Adenegan took up wheelchair racing at the age of 11 after witnessing the remarkable achievements of para athletes like Hannah Cockroft at the London 2012 Paralympics: “When I started, Hannah Cockroft was my biggest inspiration. She was the first para athletics role model I had. That was the first time I saw wheelchair racing properly, so I was really inspired by it and I wanted to take it up. I was quite fortunate that literally 10 minutes away from where I live, at the University of Warwick track, there was a wheelchair racing group that was training, so it all worked out quite well.”

Just four years later, and aged just 15, Kare was racing against her idol at the Rio 2016 Paralympics, taking home  a silver and two bronze medals behind Cockroft.

Since then, Kare has had to master juggling training and studying; she went straight from Rio to preparing for her GCSE’s, and after sitting her A Levels, Kare was heading to the World Championships. She’s currently balancing her training with a degree in history at the University of Warwick.

She’ll graduate in 2022 – just in time to compete at the Commonwealth Games for the first time, after Birmingham 2022 added the 100m in her T34 classification to the largest integrated para sport programme in Games history:

“It’s really exciting to be able to race in front of such a big stage. [The integrated programme] means that we actually have a new audience. We’ve got an audience that hasn’t seen para sport before, so it gives us an opportunity to reach out to new people and they can see para sport in a different way.

“The same way that I saw Hannah [Cockroft, at London 2012] and was left inspired, that’s what we want to do: try and get more people in the sport. That’s really important. For the next Commonwealth Games, we’ll have a new generation of athletes.”

And her Commonwealth Games debut will mean a great deal more to her being on home turf:

“Because I’m from the West Midlands, it’s just even more special. I’ve never had the opportunity to compete in the West Midlands at such a high level. My dad was actually born in Birmingham, so I’ve got that link even though I’m from Coventry.

As she looks to the future, Kare is confident that she can stay focussed as lockdown restrictions continue, and come out the other side ready to take on her next challenge…

“Thankfully I’ve got equipment at home. I’ve got rollers so I can do indoor training and I’ve got some gym equipment. I think because we’ve had the first lockdown, we kind of know what works and what we’re able to do training-wise, so it’s just about doing that again. “I’m just enjoying the process and knowing that it’s a journey. I’ve got the Paralympics next year and the Commonwealth Games the year after, there’s lots of time so I’m just going to enjoy training.” 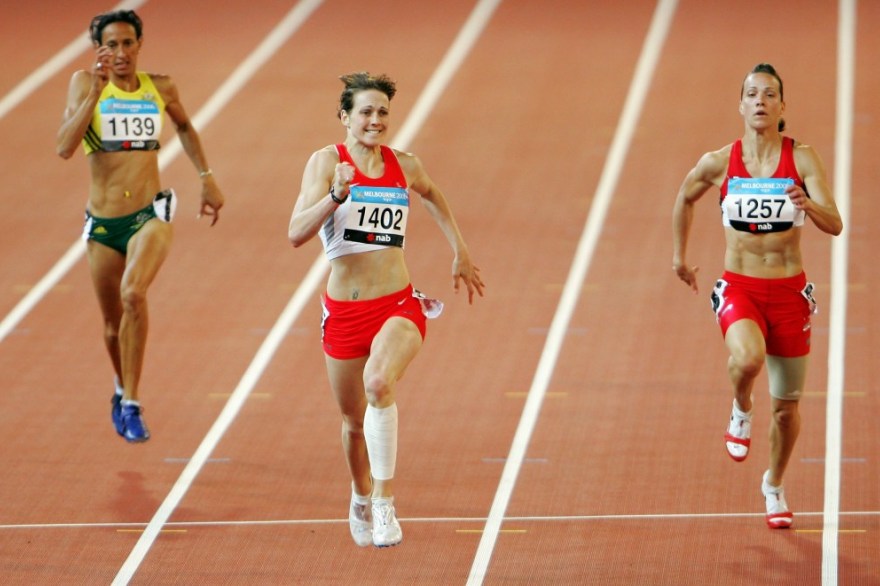