Last month, we were extremely lucky to speak to one of the brightest young talents in sport; para athletics star, Karé Adenegan. Whilst it is no longer October, we feel it's extremely important to continue celebrating black history as part of our 'Heroes Through History' series.

Para sports were first officially included in the Commonwealth Games programme at the Manchester 2002 Games. And since then, there has been a lack of black representation in the para sport events.

Karé, who made her Paralympic debut as a teenager, is proving to be a hero on and off the track. She has been leading conversations on the importance of celebrating black history, the shortage of representation of black athletes in para sport, and her role in being a hero for the next generation;

"History is a really important part of my life, I actually study history at the University of Warwick and I think it's really important able to celebrate black heroes in sport as well as in other aspects of British history as well.

"I want to have an impact that’s wider than just me doing the sport. I think visibility is really important, so if someone sees someone that looks a bit like them or from a similar background it can really inspire a person to actually get involved in sport.

Karé who won a silver and two bronzes as a 15-year-old at Rio 2016, is yet to compete for Team England. However, the prospect of competing in a Commonwealth Games, just down the road from her home in Coventry is one that particularly excites her.

"I’ve done all my training here (in Coventry), so Birmingham being extremely close feels like a great moment to really celebrate the Midlands.

"I’ve never done an event where you’ve got able-bodied athletes and para athletes so yeah that really excites me. Plus, I’ve never represented Team England so that’s really exciting."

As we mentioned above, in Team England's history there have been few black para athletes, and so it is difficult to find past athletes to feature in this series 'Heroes Through History'.

Heroes are vitally important. They exemplify cherished values, display qualities we admire, show us how to overcome challenges, and Karé was kind enough to share with us who she considers her heroes;

"One key hero is a lady called Anne Wafula Strike. She was probably the first black female para racer that I really knew about, and the fact that I’ve got a relationship with her, is amazing; she has been a real encourager for me during my own career.

"Also a huge hero of mine is Paula Dunn. Paula is the head coach for British para athletics team, she has had an amazing athletics career but also she’s been just a great supporter of Paralympic sport."

Karé says herself; 'if you can see it, you can be it", a mantra that further reinforces the value of having a diverse group of Team England heroes to inspire the next generation, and reiterates the importance of continuing conversations around race and representation.

"A lot more needs to be done but I think we’re getting there," Karé says,

"I think it seems like every single Paralympic Games we are seeing representation increasing which is great and I feel really proud to be a part of that.

"This will really encourage people from diverse backgrounds to get into para sport, especially as the Commonwealth Games will be in Birmingham, and the Midlands is a very diverse community."

As well and increasing conversations and promoting diverse heroes, there is more that can be done to increase access to para sport, as Karé explains;

"Para sport can be expensive and I think I can put off a lot of people a lot of families. We need certain schemes to make para sports accessible to more people. And encouraged them to actually go onto the next level.

"I was really fortunate, literally 10 minutes away from where I live in Coventry there was an athletics club with wheelchair racing and it was awesome. I think if we can get more coaches and para sport at clubs to prevent people having to travel so far, that would be great."

It was brilliant to have such an important discussion with one of para sport's young black heroes. And we are so grateful that Karé was kind enough to share her own experiences and views on this topic.

We will continue to promote the importance of diverse representation and share the stories of a diverse group of Team England's 'Heroes Through History'. 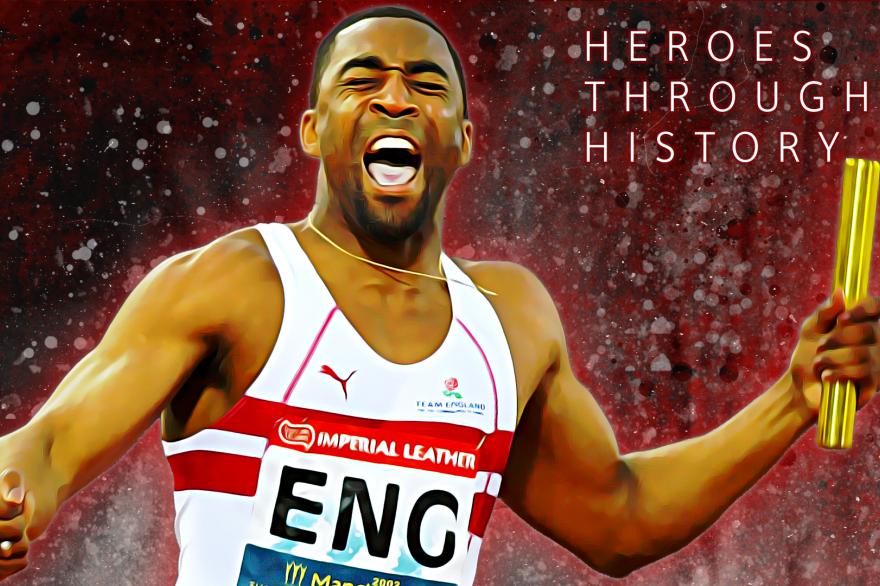