Birmingham 2022 Commonwealth Games organisers and its partners have released a national Legacy Plan, outlining a series of Games’ firsts that will leave a lasting, positive impact on jobs, skills, education, culture, physical activity and investment across the West Midlands and the UK.

It outlines how the Games’ £778 million public investment into the West Midlands is benefiting people in the region and beyond, will continue to do so after the Games, and can provide a legacy blueprint for future host cities.

The national plan includes aims to deliver several firsts never before delivered at a Commonwealth Games:

2.   The first time firms bidding for contracts must include a social value requirement;

3.   The largest business and tourism programme of any Games to attract international visitors and investment to the region and the UK;

4.   The first Games to fully integrate volunteers from all delivery partners into a united volunteer programme.

Birmingham 2022’s vision is to be the Games for Everyone. Its objectives will be delivered against the Games’ five missions: to bring people together, improve health and wellbeing, help the region grow and succeed, be a catalyst for change, and put us on the map.

·     1,400 homes in the first phase of the Perry Barr Regeneration Scheme, with hundreds more in future phases;

·     A procurement spend of around £350 million to benefit businesses across the UK;

·     35,000 jobs and opportunities available, with the first Commonwealth Jobs and Skills Academy offering a blueprint for reaching disadvantaged groups;

·     200,000 hours of volunteer training for 12,500+ people, with a framework for developing skills and employability that could be replicated by future Games;

·     “Commonwealth Active Communities”, a £4 million Sport England fund to harness the power of the Games to support inactive people to become more active;

·     A six-month, UK-wide Cultural Festival reaching 2.5 million people and prioritising underrepresented communities, offering and a blueprint to support the long term growth of the arts and culture sector;

·     An ambition to directly engage with one million children and young people through a learning programme, with classroom resources on the Games offered to children across the UK and the Commonwealth;

·     A £23.9 million programme to highlight the wealth of opportunities available in the West Midlands, as well as promoting England, Scotland, Wales and Northern Ireland , around the world, enhancing the country’s profile as a destination for tourism, trade and investment and supporting post-pandemic recovery

·     The first Commonwealth Games to incorporate, measure and evidence the social value impacts and benefits of hosting the Games, offering a model to future host cities.

To mark the launch of the Legacy Plan, the Birmingham Poet Laureate and Birmingham 2022 Legacy and Benefits Committee member Casey Bailey has written a poem called “Dive In”, capturing the excitement and the opportunity that Birmingham 2022 brings to the city, the region, the country and the Commonwealth.

Birmingham 2022 is the biggest sport and cultural event in the UK since 2012, and the biggest ever held in the West Midlands. Research by the Commonwealth Games Federation in 2020 found significant economic benefits for Commonwealth Games host cities, including a £1 billion uplift for Gold Coast in Australia in 2018.

“As a born and bred Brummie, I am delighted that Team England`s athletes, coaches and support staff will be central actors in the delivery of a successful Games Legacy. I firmly believe that a major part of the story to tell our children will be of an inspirational Team England, the most diverse English sporting team to compete anywhere in the world. A story not just of their medal winning feats, but of their unity and togetherness – a Team England which represents us all. What a legacy this will be.”

“The Games is a truly unique moment to showcase our great city and region to the world. It will help us to draw all our neighbours together after the most challenging of times, with a sense of unity and purpose. The Games’ partners are embracing this once in a generation occasion with both hands to ensure the Birmingham 2022 Commonwealth Games leads our recovery with a legacy of renewal, growth, hope and inspiration.

“We are determined that the connections, friendships, and opportunities that the Games will provide us with, will continue to flourish and thrive. As individuals, as neighbours, as communities and as a region we must seize the Games moment as our catalyst to a happier, healthier, and more prosperous future.”

"As the biggest sporting and cultural event ever held in the West Midlands, Birmingham 2022 is a global advert for the best of the UK that will leave a significant legacy. The games will create tens of thousands of jobs, volunteering opportunities and a boost to businesses in the West Midlands and beyond. It will help our country build back better from the pandemic and have a hugely positive impact on people’s lives.”

Zaina Mistry, a coach at the City of Birmingham Rockets Basketball Club, said:

“Birmingham and the West Midlands is so diverse, and I think the legacy of the Commonwealth Games will be to show that no matter who you are or where you’re from, you can take part and get involved. That is the message I am giving to the young people I coach every week.

“This is such a great opportunity for Birmingham; the Games will open up a lot of doors for young people in sport, seeing world class athletes on their doorstep and inspiring them to achieve. It will provide the young girls and boys I coach with role models they can look up to.”

To find out more about the Legacy Plan, visit www.birmingham2022.com/legacy 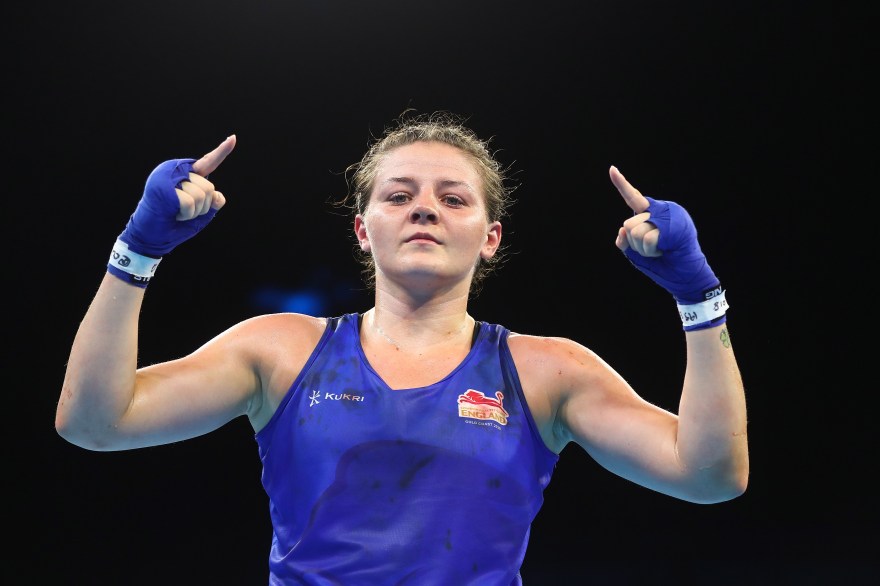